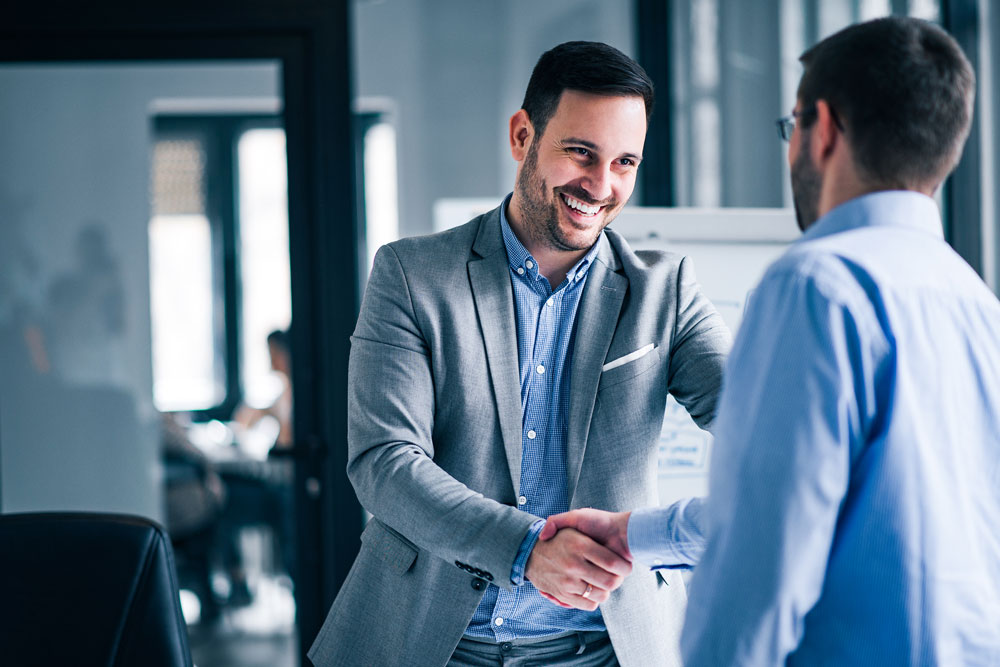 Pacific Inter-Link was incorporated in Kuala Lumpur, Malaysia in 1988

Pacific Inter-Link (PIL) was incorporated in 1988 in Kuala Lumpur to promote the export of various commodities and services from Asia to the global markets. Envisioning the potential of Asia as an economic powerhouse, PIL rapidly grew to become one of the leading export houses in Malaysia.

The PIL group is actively engaged in a diverse range of activities such as manufacturing, refining, trading, tank terminal, marketing of consumer Products and shipping services. Being a focused, well-directed and far-sighted organization, PIL Group strongly believes in long-term strategic planning, while at the same time ensuring flexibility to serve customer needs. We are confident that these dynamic business principles will continue to spur us towards a great future. 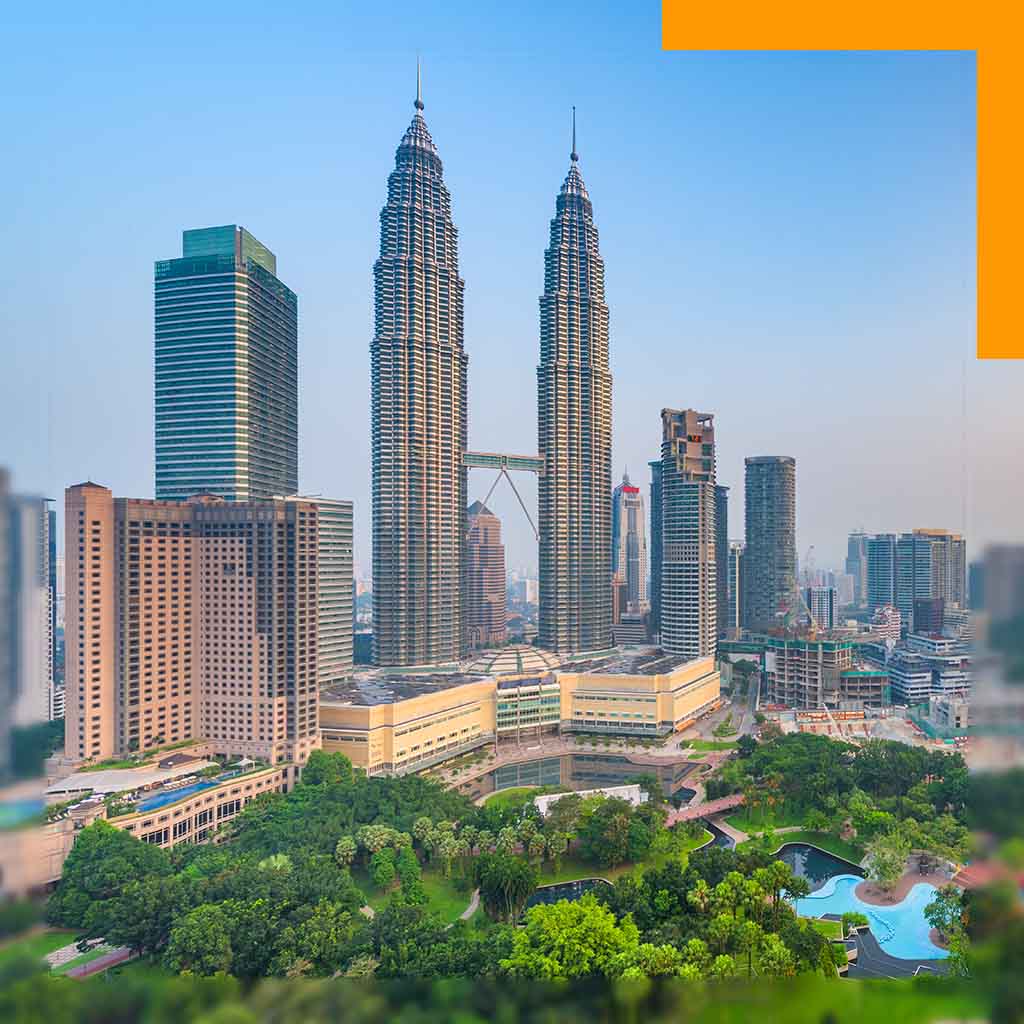 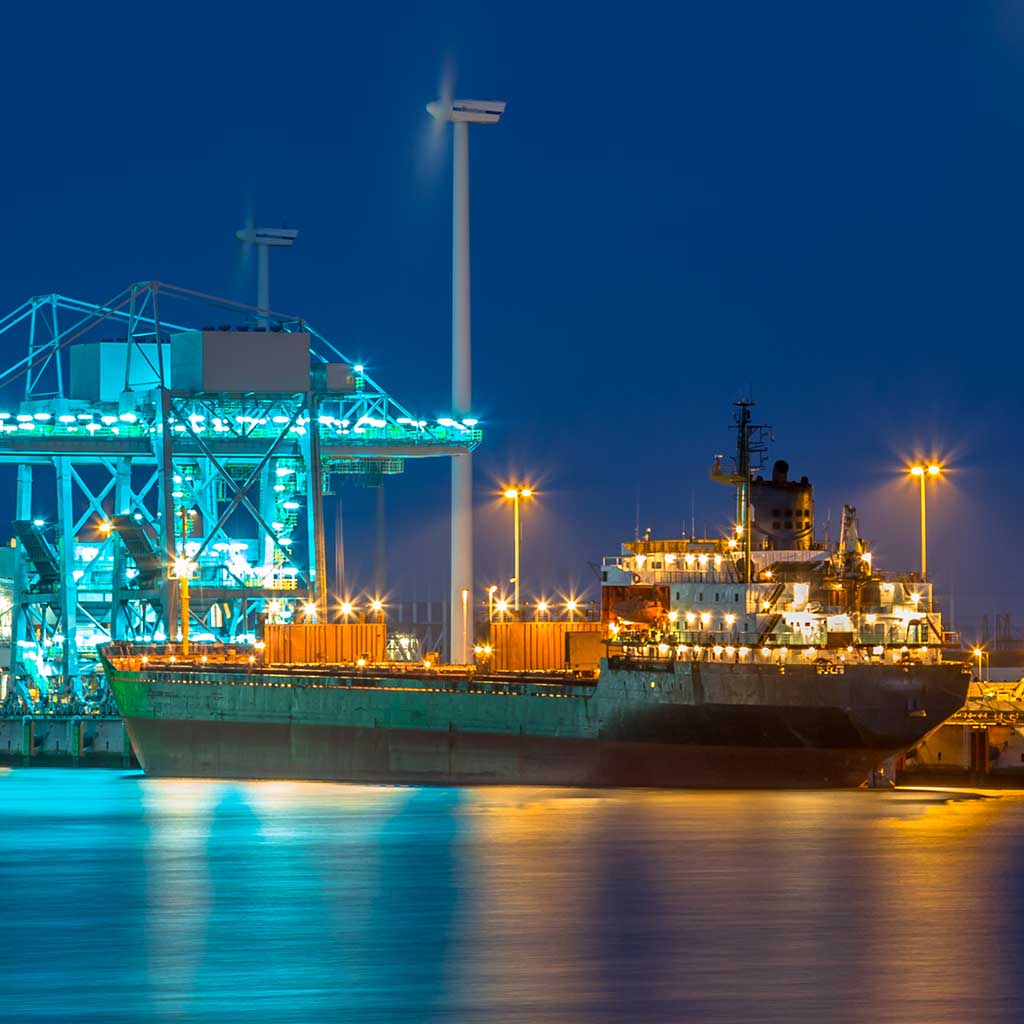 In the pursuit of excellence, value addition and mutual rewards, we are confident that we shall be a truly dynamic global enterprise, and contribute through our humble means to the betterment of mankind. Driven by the simple belief that everyone deserves the best, PIL is ever committed to continue the quest of providing only the finest products and services, promoting excellent partnerships with our suppliers and creating a conducive working environment. While we always recognized ourselves as a dynamic,far-sighted and forward-thinking company, loyalty, integrity and equality are virtues that have guided us this far. And, they will continue to be our top priority in our blueprint for the future.

PIL Group is ranked among one of the major palm oil exporter in the world. We have established strong and long-lasting business relationships with some of the largest multinational companies and business associates across different continents. This is supported by our dynamic team spread across 15+ countries globally.

We believe that continuous evolution, modernization, learning and adaptation are necessary for development, growth and maintaining the leadership position on the local and foreign levels. The Group also believes in sound planning, close analysis and detailed study of the available opportunities. The Group feels that the successful performance is a result of a clear vision, effective management and competent individuals. Being focused, well directed and a far-sighted organization, PIL strongly believes in the long-term business opportunities and growth in all its ventures.

Keeping in line with the overall group philosophy, PIL pays great attention to the welfare and development of its operating ecosystem & geography. PIL always respects the local and regional sensitivities and operates in a harmonious fashion. It complies with the International specifications, policies as well as the law of the land. PIL always considers itself a part of the society in which it operates and plays the role of a responsible corporate citizen.

The PIL group is actively engaged in a diverse range of business activities such as manufacturing, refining, tank terminal, trading, marketing of consumer products & shipping services. In terms of the core verticals, PIL operations can be divided into Palm products and branded consumer goods businesses. Over the years PIL has systematically invested to transform its Palm products business into a well-integrated operation with own storage, refining, manufacturing and terminal facilities PIL operations in the South East Asia are well spread across Malaysia and Indonesia. The downstream business from the palm refining has taken shape in the form of the largest production line of soaps in this part in the region in Oleochem & Soap Industries, Medan, Indonesia. The completely integrated state-of-the-art palm oil refining and packaging facility in Indonesia can easily be one of the largest such units in this part of the world. Aside PIL group owns and operates one of the largest private tank terminals in Southern tip of Malaysia which is one of the busiest shipping routes in Asia. Today PIL alone employs more than 4000 employees across this region. PIL also works with well-reputed third-party manufacturers for sourcing its products across various locations around the globe.

Being an export-focused organisation, PIL exports its products to more than 70 countries across the world. Today, PIL enjoys significant presence in South East Asia, Middle East, Eastern Europe, Africa and other countries. In order to establish its branded products business, PIL has identified the huge opportunities in Africa and established a strong foothold across the continent. PIL products enjoy leadership position in various countries across Africa. Some of the PIL brands like Saba, Avena and Madina have become household names. These products are trusted for their quality as well as excellent value-for-money proposition.

Pacific Interlink is a proud member of the Federation of Malaysian Manufactures and Malaysian External Trade Development Corporation (MATRADE). PIL follows the Good Manufacturing Practices (GMP) across all its production facilities and comply with the stringent quality norms under the latest ISO standards and HALAL certifications.

Pacific Inter Link Sdn Bhd is committed in providing Quality Products and Raw Material To Our Customers. It is Our Policy to strive for this by consistently Meeting Our Customer Requirements Through: 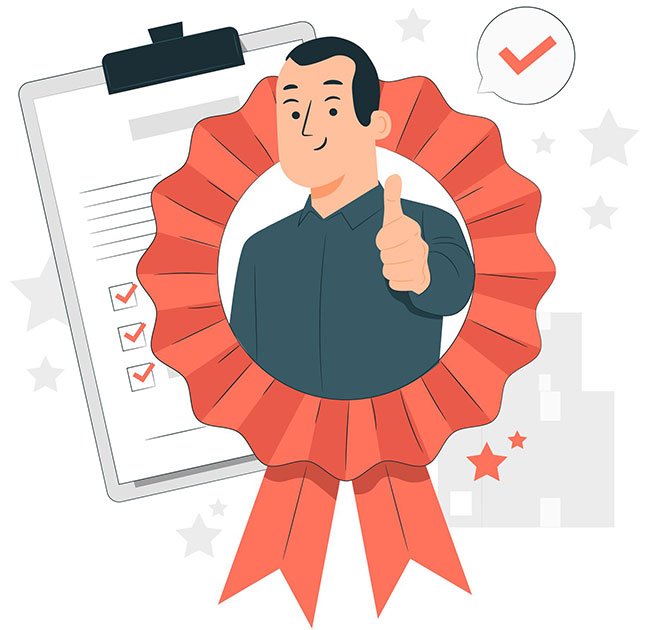 Ultimately, it's about each of us knowing that we have done the right thing. This means acting honestly and treating each other and our customers, partners, suppliers and consumers fairly, and with dignity.

Integrity is fundamental to the Group. We all want to do what is right, for ourselves and for the Group. PIL Group corporate reputation is one of our group's most valuable asset and a key component in service delivery. Impartiality, independence and integrity are therefore the cornerstones of our Code of Ethics.

All these values are shared and endorsed by our team, so reinforcing our group's unity and cohesion, which will in turn help us achieve our strategy of sustainable and profitable growth.

We are committed to the highest ethical and corporate responsibility standards. The launch of our Code of Conduct & Business Ethics across PIL Group is supported by an extensive implementation programme to ensure that all employees have read and understood it; that senior & top management are familiar with the internal policies and procedures of the Code's and that PIL Group has implemented and is able to demonstrate that it has, an effective Compliance Programme.

Our Code is also aligned to our commitment on compliance to laws and regulations. PIL Group should comply with all local laws relating to Revenue, Tax, Financial Reporting, Foreign Exchange, Trade, Banking, Commercial, Labour, Safety Health & Environment etc. Our tax and other payment to government are fully overlooked by Corporate Finance and Accounting Department which identifies potential risk incurred, monitoring and ensure full compliance across the PIL Group.

In 2014, PIL established an internal Whistleblowing Policy for our employees and stakeholders. The procedure is a formal mechanism for stakeholders to report alleged improper or unlawful conduct without fear of retribution. Whistle-blowers can remain anonymous unless disclosure is mandated by law. 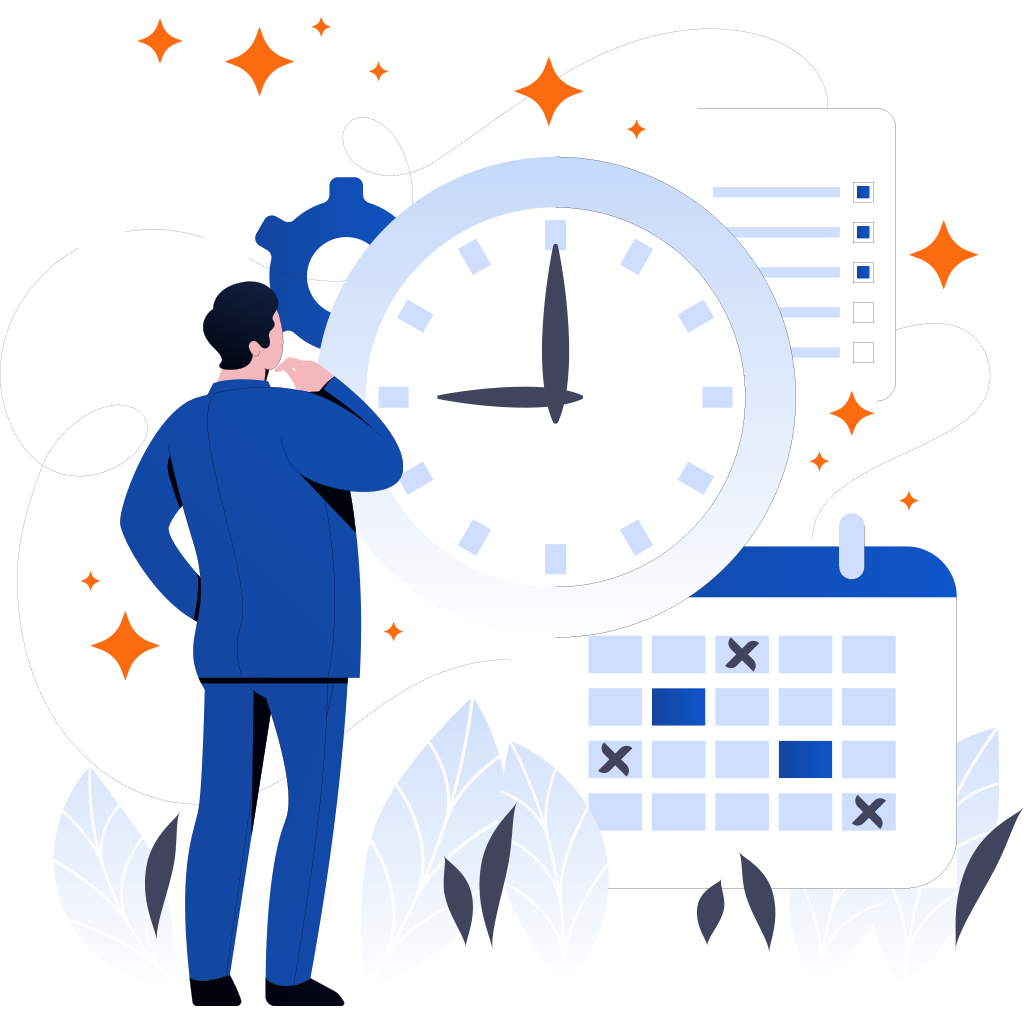 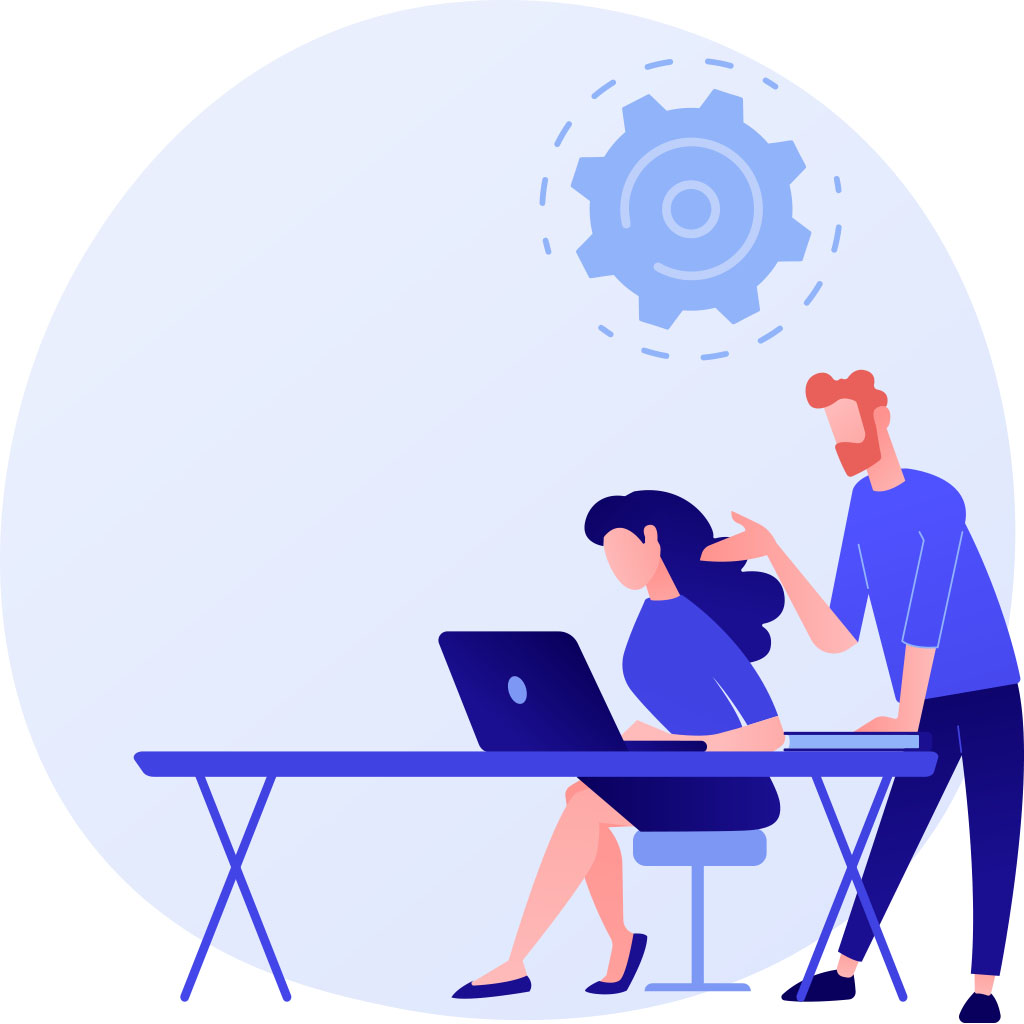 PIL employees were always considered a family within a family business, however, we lacked a formal program that would act as a platform to engage, educate, and accentuate their involvement in the overall organizational improvement.

PIL has the most diverse workforce with different nationalities, language and cultural background. Through an employee engagement platform we wanted to harness this diversity in a meaningful way and also make PIL a fun work place. This was the purpose of ‘We’ initiative which was conceived, planned and executed by PIL employees to facilitate and enhance the work environment by the exchange of ideas, values, information and expressions. 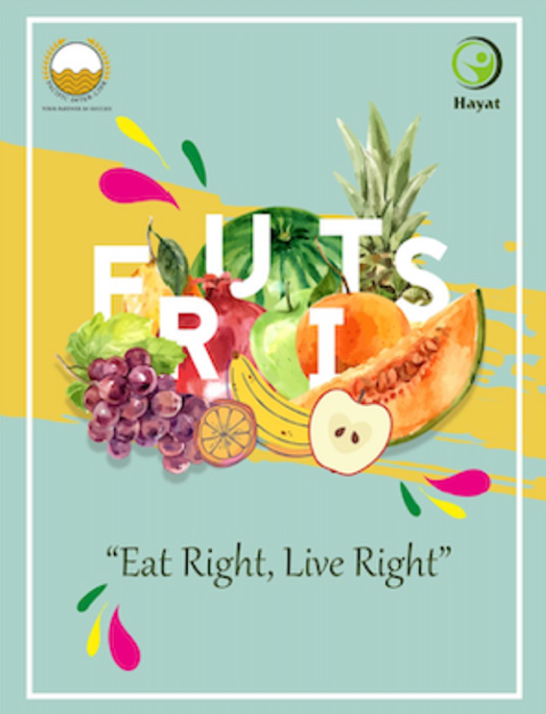 We started its journey with 'yoga sessions' in the PIL sports room.DAY

The yoga sessions are held for all employees, with the maintenance of the MCO SOP regulations under a yoga instructor 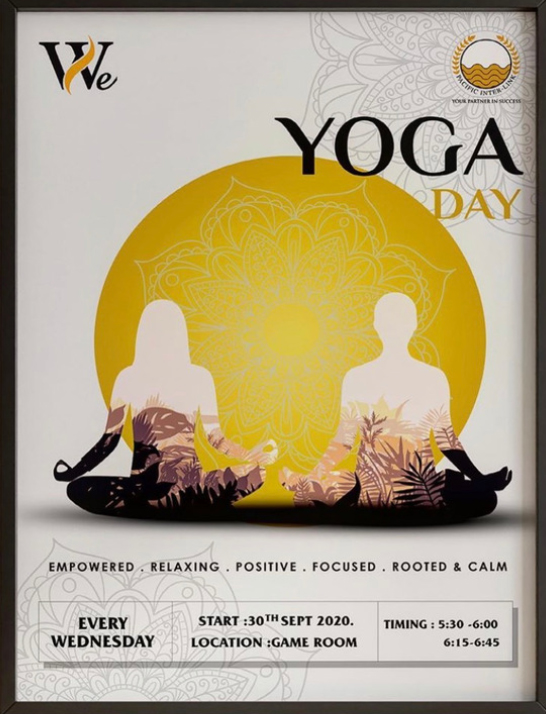 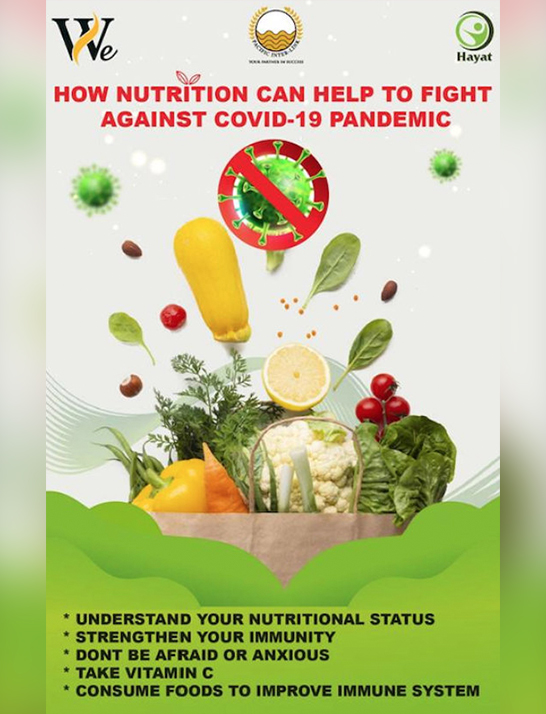 “How Nutrition can help to fight against COVID-19 Pandemic?”

How to eat healthy? Nutrition advice during COVID-19?